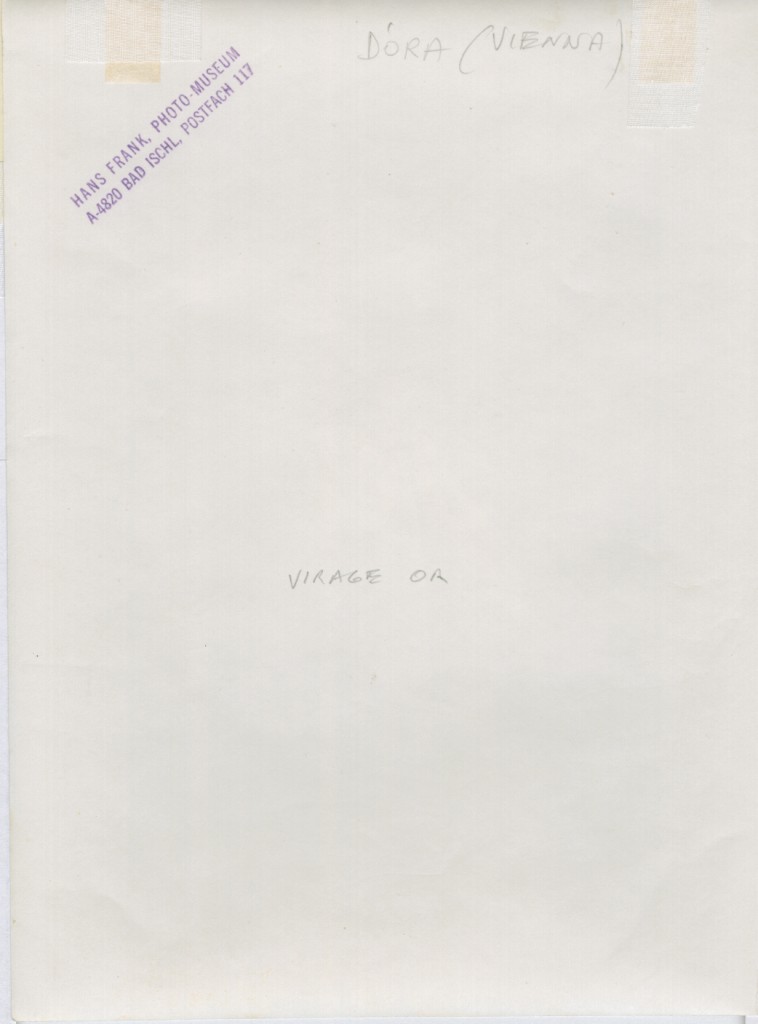 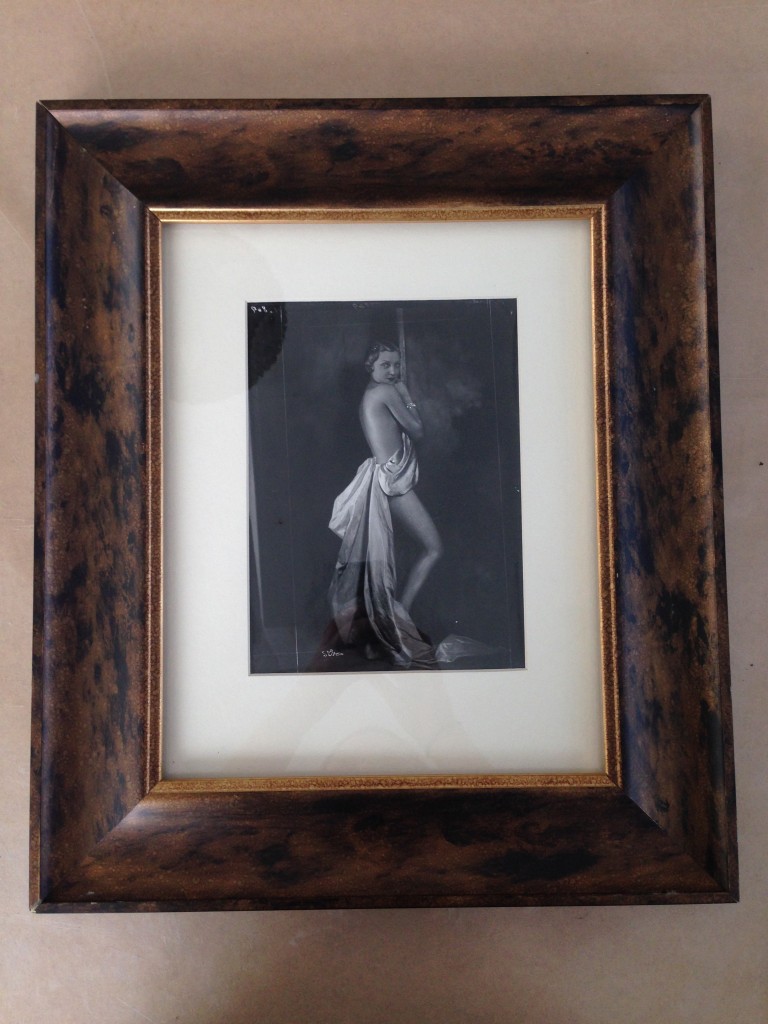 A wonderful rich contact print from the full negative, with D’Ora’s signature in negative. There are also cropping lines in the negative. The Viennese Dora Kalmus took the name D’Ora and worked in partnership with Arthur Benda, whose last name is the same as that of this subject. Most of her subjects were Viennese or other European, but Marion Benda was a Ziegfeld girl, the last lover of Rudolph Valentino.  In 1907 she opened a photography studio with Benda in Vienna called the Benda-D’Ora Studio, based on her professional pseudonym “Madame d’Ora” She later worked in Paris until the German invasion. She returned in 1946 to open a studio.

The print is notable for its wonderful lighting, showing the texture of skin, cloth, and the sparkles on her wrist and in her hair.