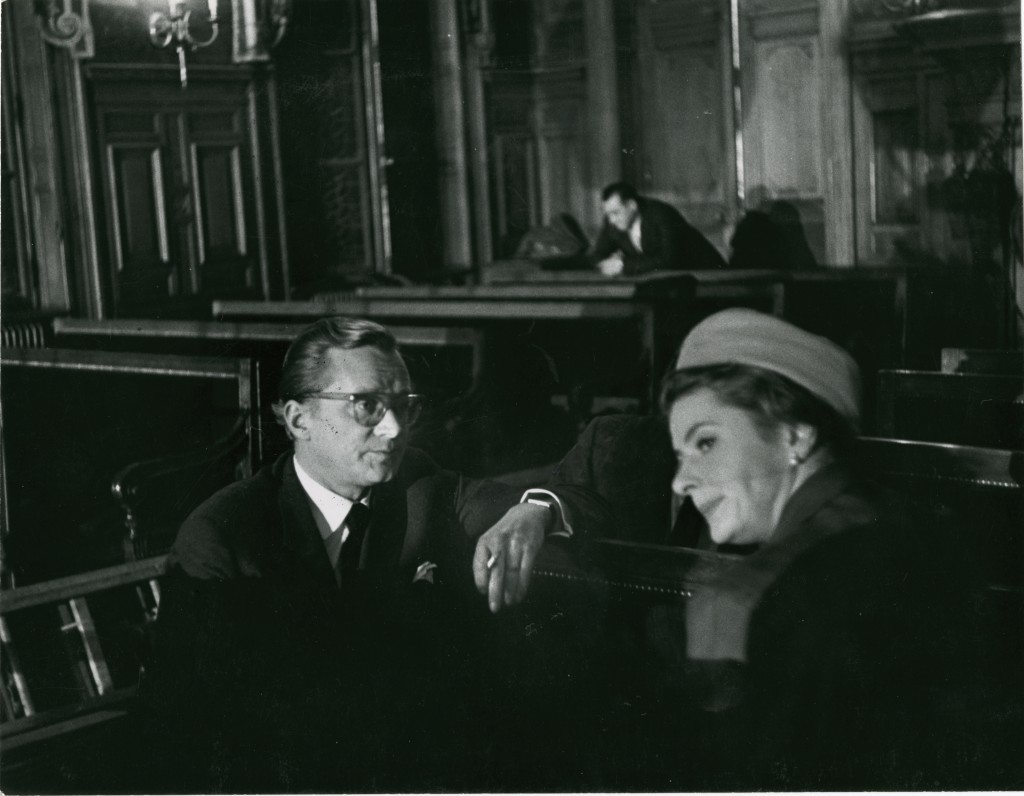 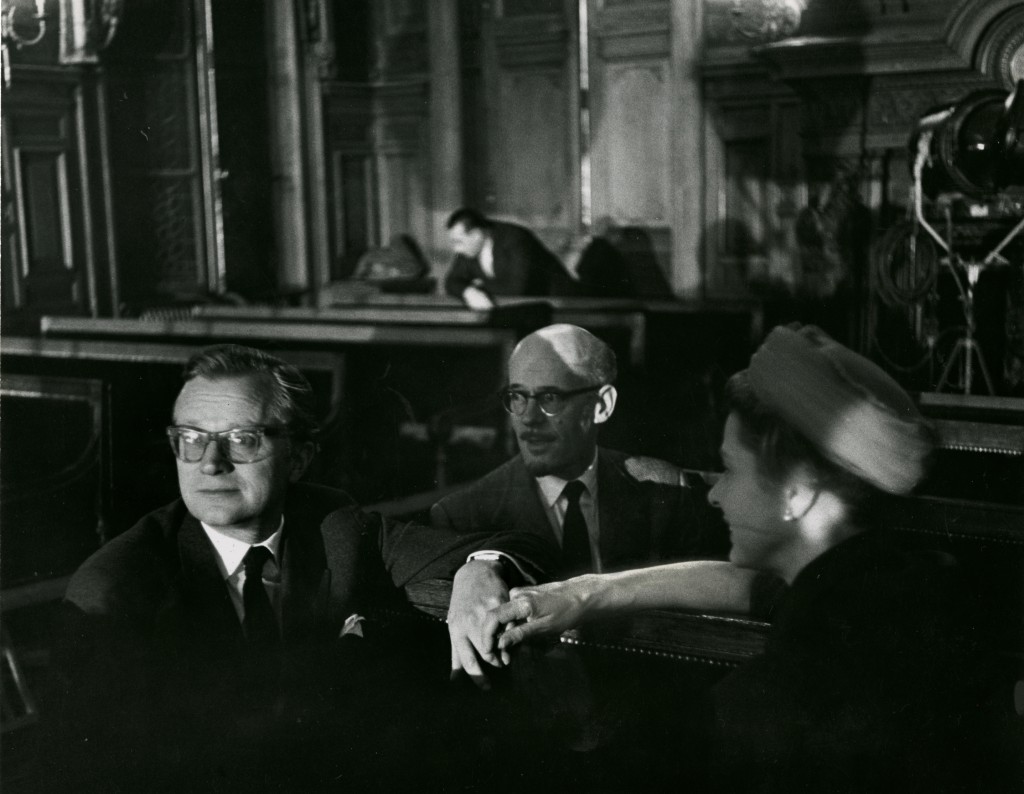 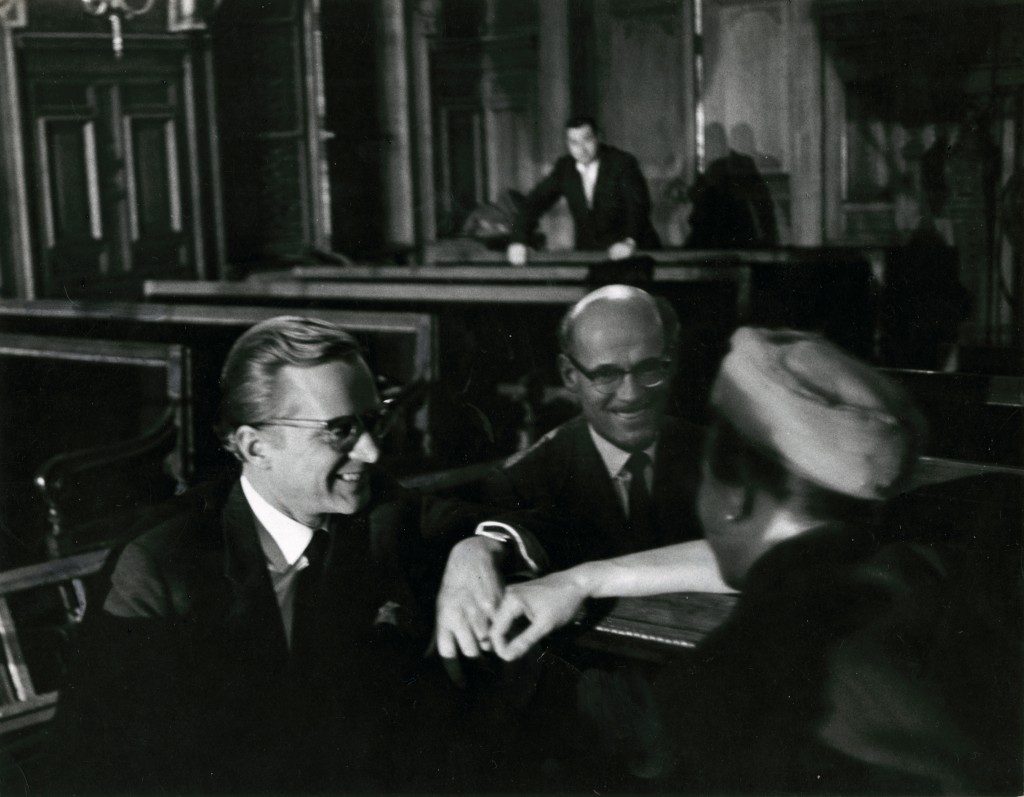 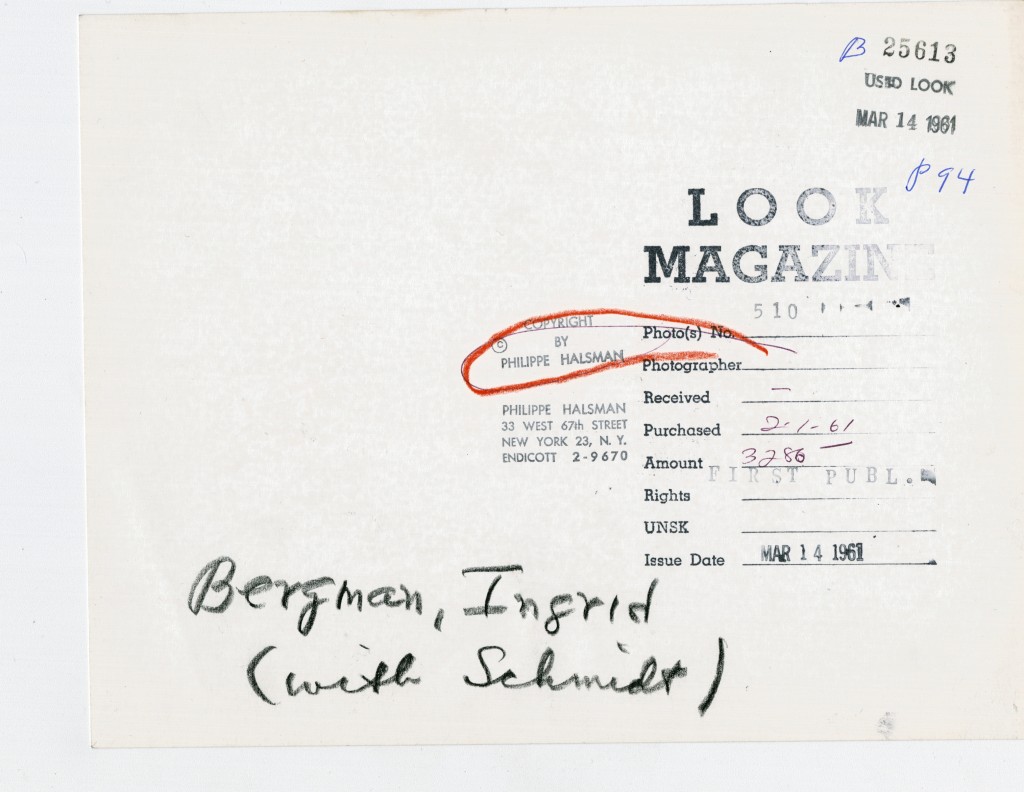 Ingrid Bergman  sits with Lars Schmidt on the set of Twenty-Four Hours in a Woman’s Life in which she was an actress and he was a producer. The two were married in 1958 after the famous scandal in which she had a child with the director Roberto Rossellini before divorcing her then-husband Dr. Peter Lindstrom. This scandal shook Hollywood and forced her out of the United States for seven years. Aside from her personal life she was an accomplished actress having won three Oscars, and multiple Golden Globes and Emmys.

All prints are in excellent condition.