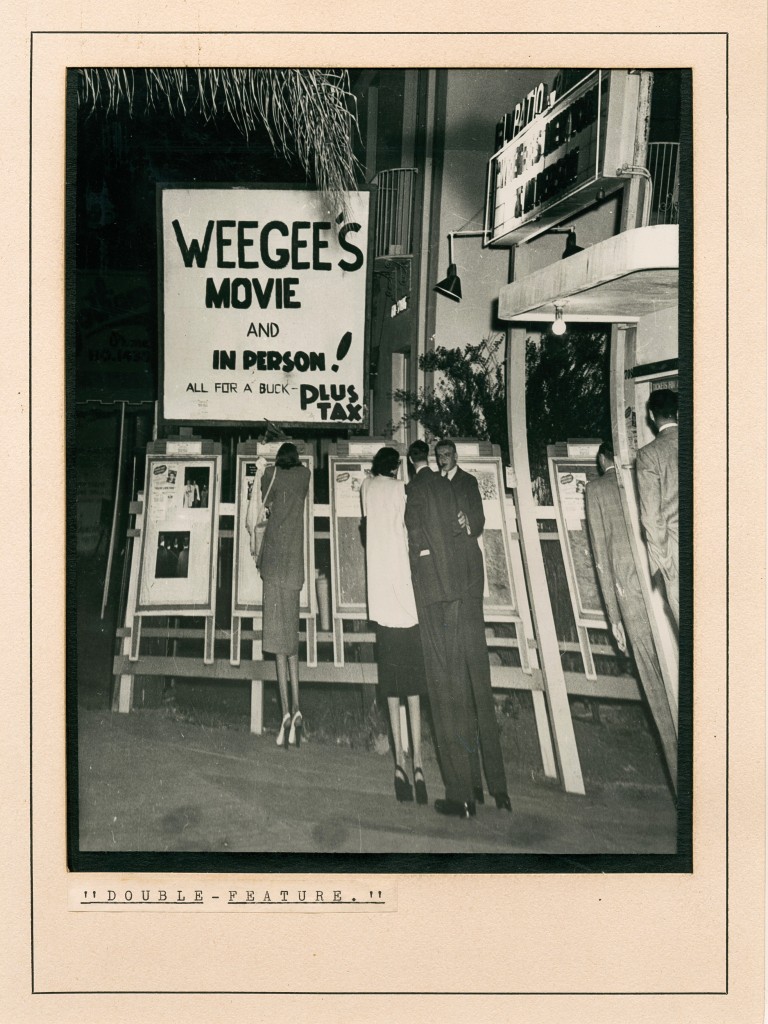 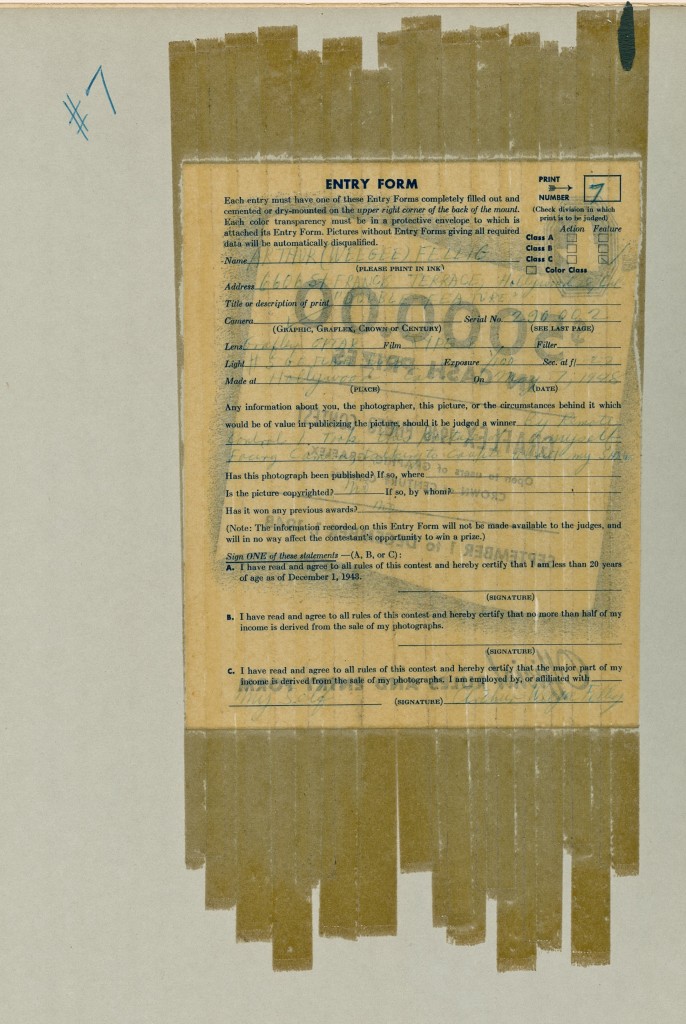 “DOUBLE FEATURE” BY WEEGEE. 9 1/8 x 7- inch gelatin silver print, on Weegee’s original mount with ruled border, which in turn is overmatted. Glued to the back of this mount is Weegee’s Entry Form for which he submitted this print, with all the information filled in, including the date of the picture “”May 7 1948″”. He includes this information: “”By remote control I took this picture of myself facing Camera [He’s at the right of the central group of 3] talking to … about my Show”” and signs “”Arthur Weegee Fellig.”” A label with the typed title is glued to the mount beneath the print.

I believe this could be the front of Weegee’s apartment at 6606 St. Francis, Hollywood that he has set up as a movie theater, or an actual “”El Patio”” Theater. Some of his photographs can be seen on the stands, including “”The Critic.”” The lower part of the image is an elongated distortion. I believe the title refers to the fact that you can see the movie and also see Weegee in person.”

Contact us to order this photograph or for more informationView more photographs from: 20th C. Fine Art | Weegee